Customers who bought this also bought 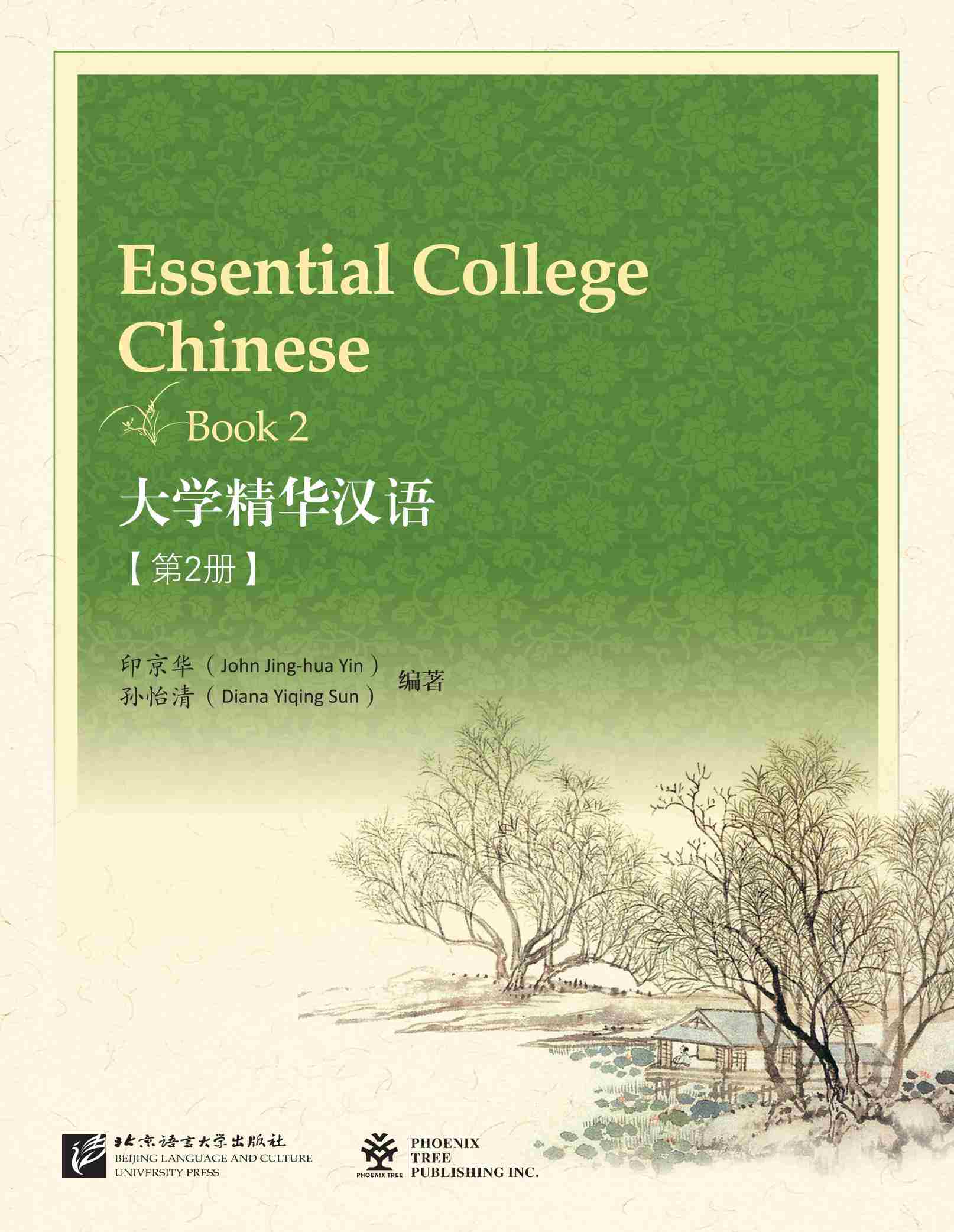 Essential College Chinese adopts an innovative approach to the teaching of Chinese language to native English-speaking college students and will revolutionize the way Chinese has been taught to speakers of other languages. In recognition of the fact that Chinese is tonal and uses logographs, which do not facilitate the learning of the sounds and tones in Chinese and vice versa, it separates the learning of the Chinese phonetic system from that of the Chinese writing system for beginners first.  In due course, the four language skills (listening, speaking, reading, and writing) in three modes of communication (interpersonal, interpretive, and presentational) are developed integratively. Essential College Chinese has the following innovative features:

· Pronunciation of the Chinese sounds and tones is learned and solidified through humorous rhythmic verses.

· Basic Chinese characters that used to be pictographs and then formed thousands of other characters are selected for students to learn first.

· Students learn to recognize and write basic Chinese characters without worrying about how they should be pronounced at the initial stage.

· Frequently used Chinese words and daily expressions are incorporated into rhythmic verses in each lesson for students to listen and chant as well as to read and write in Chinese characters.

Essential College Chinese covers more than 100 basic grammatical points and about 800 characters in 56 lessons in its first two volumes. Students are expected to spend no more than one quarter of their study time in two academic years in college on laying a solid Chinese language foundation for them to continue to learn Chinese at a higher level with confidence and joy.

John Jing-hua Yin, Ph.D. of foreign language education and Chinese lifelong professor, has taught at Chinese Summer School in Middlebury College, University of Oregon, and College of William and Mary in the USA. Since 1997 till now, he has been teaching at the University of Vermont in the USA. In 2008, he published Practical Rhythmic Chinese at the FLTRP.

Diana Yiqing Sun, master of education and senior Chinese lecturer, has taught at Middlebury Summer School in the USA., Washington University in St. Louis, and Burlington School District in the State of Vermont. Since 2000 till now, she has been teaching at the University of Vermont in the USA.

In accordance with the salient features and regularities of the Chinese language, this book strives to adhere to the spirit of “foreign used by the Chinese, ancient by today’s”. Aiming at the two major difficulties of Chinese characters and tones, it adopts the methods 1) to further Chinese language learning with basic and solid combined knowledge and skills in speaking and writing; 2) to master Chinese sounds, tones, words, and sentences through rhythmic verses” to lay a solid foundation for the key skills of Chinese language.

The book is rich in supporting resources. Scanning the QR code of each lesson can download the recordings of this lesson (slow speed, normal speed and rhythmic recitation) and Chinese character writing sheet.